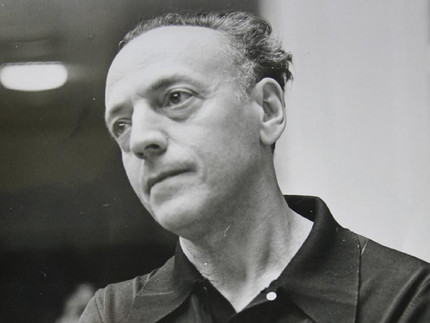 Israil Bercovici (1921–1988) was the literary director and head dramaturge of the Jewish State Theater in Bucharest from 1955 to 1982. He was also an important historian of Yiddish theater and literature.

The estate of Israil Bercovici offers profound insight into the contemporary everyday life of Jews in Bucharest and in the Romanian provinces, while also tracing a lost world of Eastern European Yiddish communities. The holdings in Potsdam consist of about 350 folders and numerous loose documents. The estate contains approximately 2,300 letters, biographical documents and manuscripts as well as an extensive archive of press materials.

The documents are in several languages, primarily in Yiddish and Romanian, yet also in English, Hebrew, French, Polish, Spanish, Portuguese, Russian and Hungarian. More information about the collection is available in the inventory of the estate.

The Bercovici Collection in the online catalogue

A major part of the collection is listed in the online catalogue/OPAC of the University Library and can be searched there.

The Bercovici Collection in the online catalogue