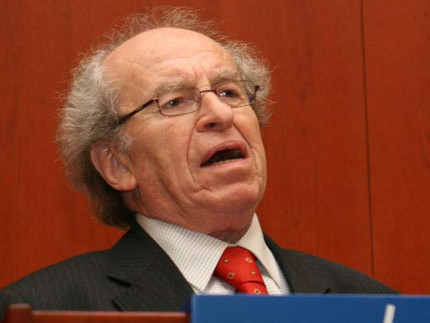 Yehuda Aschkenasy (1924–2011) was born in Breslau, fled from Germany, was held in the concentration camps in Auschwitz and Buchenwald, and was liberated in 1945. He emigrated to Israel in 1950 and then moved to the Netherlands in 1959. In 1968, he was ordained as a rabbi. He taught Jewish studies until 1989 at the Catholic Theological University in Amsterdam. He built up a unique collection of Judaica in Amsterdam.

The Aschkenasy Collection holds approximately 5,600 titles. The most historically valuable segment are the holdings of the educational institution of former Berliner Veitel Heine Ephraim (17th / 18th century). The Collection also includes another 1,550 antiquarian titles from before 1920, 3,800 volumes from after 1920, and 58 Hebrew manuscripts from Yemen.

In terms of content, the library includes sources on all important fields of Hebrew rabbinical literature and its associated research literature from the modern period. In addition to Hebrew Bibles, there are various editions of the Mikra’ot Gedolot, known as the rabbi’s Bible. There are also commentaries from various centuries and regions. Then there follows rabbinical literature in the narrower sense: editions of the Mischna, the Talmud and Midrashim, as well as their commentary works. Furthermore, the Collection includes medieval legal codicils, liturgical works such as prayer books for daily use and annual festivals, as well as collections of prayers of repentance (Selichot) with commentaries. There are also significant holdings of the philosophical literature of the Middle Ages, the Kabbalah in its various manifestations.

The inventory of Hebrew manuscripts is also valuable. There are commentaries on the Bible and traditional literature, prayers, legal texts (Halacha), Midrashim, collections of Aggadah – stories and sermons, poems, religious poetry (Pijjutim) and prayers of repentance (Selichot).

The volumes from the Veitel Heine Ephraim School are particularly remarkable and valuable. This library consists of about 350, often multi-volume, titles of major value, including numerous first editions of important works of Jewish literature.

The Veitel Heine Ephraim School existed into the Nazi period, and then its library disappeared. In the 1970s and 1980s, many of these volumes surfaced in antique shops in Amsterdam; the works had been sold by government agencies of the GDR. Yehuda Aschkenasy was able to acquire 83 titles from this library. This remainder of the former Veitel Heine Ephraim School Library forms the historic centerpiece of the acquired library. It is a bibliographical treasure, with several well-preserved first editions, and is also an important historical source for Berlin’s Jewish community of the 18th and 19th centuries, as well as for the reconstruction of the intellectual profile of an “orthodox” institution of higher education.

The acquisition of this outstanding collection literally brings home an important piece of Germany’s culture.

The Aschkenasy Collection in the online catalogue

A major part of the collection is listed in the online catalogue/OPAC of the University Library and can be searched there.

The Aschkenasy Collection in the online catalogue