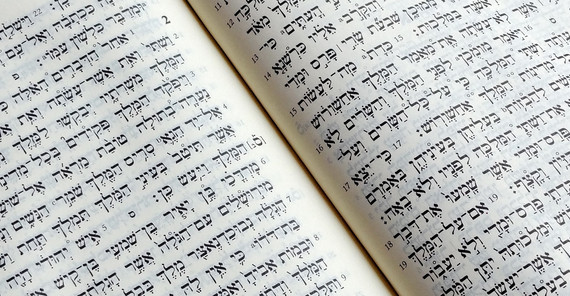 The field of Jewish studies is broad and interdisciplinary, encompassing history, religion, philosophy, literature, sociology and political science. Its chronological and geographical range is immense, stretching from the Bible to the present and including communities from the Americas to Western and Eastern Europe, North Africa and the Middle East, South and East Asia, and Africa. Given the diversity of Jewish culture, it is extraordinarily difficult for students and scholars to stay informed about such a wide diversity of sources.

With advances in online searching and database technologies, researchers can easily access library catalogs, bibliographic indexes, and other lists that show thousands of resources that might also be useful to them.

But how can the researcher, no matter at what level, filter through the proliferation of information to identify what is reliable and directly relevant to their inquiries?

What is needed now, more than ever, is expert guidance. This is what Oxford Bibliographies Jewish Studies offers through its carefully selected articles that break down subject areas into their component parts and pithy annotations that summarize the main contribution of each citation.

(Source: text of the publisher)

Via a SFX link under the references, you can quickly find the source you are looking for, e.g. in the catalogue of the UB Potsdam or in the KOBV portal. Take a look:

Since the Enlightenment, German-speaking Jews have built an impressive cultural heritage. But the persecution and extermination of the Jewish people during the Nazi era together with emigration since the 1930s destroyed, fragmented or scattered much of this extensive German-Jewish heritage.

This database compiles and collects bio-bibliographic information on more than 20,000 German-speaking Jews who were leading figures in literature, philosophy, religion, art, music and politics. Based on the Archive Bibliographia Judaica in Frankfurt am Main, founded by Renate Heuer, the database is a unique document of German-Jewish heritage.

Users can search biographical information on over 20,000 individuals using precise criteria, as well as study their bibliographies on linked and scanned index cards. The complete database is intended to give a comprehensive overview of all of the writings or documents written by German-speaking Jews.

In addition, the database integrates even more detailed biographical and bibliographical information on 1,300 authors included in the printed Lexikon deutsch-jüdischer Autoren [Encyclopedia of German-Jewish Authors]. The database is the only resource to offer this information in a structured, searchable format.

An interface to the Judaica Collection at University Library Frankfurt/M. allows for access to some of the full texts of the works documented in the scanned bibliographies. Wherever possible, the biographical entries are linked to the Integrated Authority File (GND) and the Virtual International Authority File (VIAF). Moreover, there is also a link to the German Biography (ADB / NDB).

(Source: text of the publisher)