New Release: Hollywood - a Challenge for the Soviet Cinema 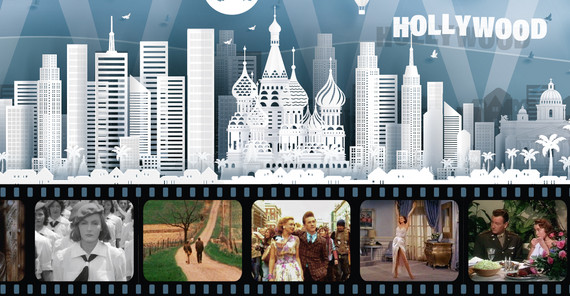 Photo : Coverbild/Universitätsverlag Potsdam
This book features four essays that illuminate the relationship between American and Soviet film cultures in the 20th century.

The first essay emphasizes the structural similarities and dissimilarities of the two cultures. Both wanted to reach the masses. However, the goal in Hollywood was to entertain (and educate a little) and in Moscow to educate (and entertain a little).

Some films in the Soviet Union as well as in the United States were conceived as clear competition to one another – as the second essay demonstrates – and the ideological opponent was not shown from its most advantageous side.

The third essay shows how, in the 1980s, the different film cultures made it difficult for the Soviet director Andrei Konchalovsky to establish himself in the US, but nevertheless allowed him to succeed.

In the 1960s, a genre became popular that tells the story of the Russian Civil War using stylistic features of the Western: The Eastern. Its rise and decline are analyzed in the fourth essay.